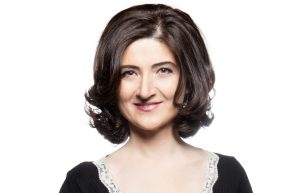 Between 1997 and 2000, Nino Zuriashvili worked as a reporter for the Kavkasioni newspaper, covering economic issues.

In 2005, Nino Zuriashvili joined NGO Studio Monitor as one of its founders and leaders.

Nino Zuriashvili’s three-part film Minister’s Friend deserves special mention among her journalistic investigations. This piece exposes the activities of a business group closely associated with the then minister of interior, as well as the issue of elite corruption.