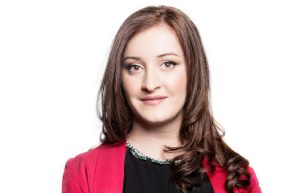 Salome Tsetskhladze graduated from the department of journalism at the Tbilisi State University, and was awarded a media and communications master’s degree. In 2009, she worked for the Rezonansi newspaper. In 2010, she joined Studio Monitor as a reporter. She also cooperates with the Liberali magazine.

In 2012, Salome Tsetskhladze received an EU award in journalism. She is a GIPA Friedman prize awardee, having also received encouragement certificates from the Georgian Charter of Journalistic Ethics.